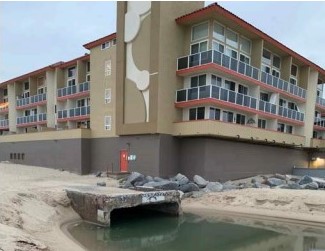 The Herondo Drain outfall is the largest storm drain in the South Bay (Herondo Street at the beach pictured above) and discharges regional stormwater and runoff into Santa Monica Bay. During rain events, the Herondo Drain typically receives an "F" grade on the Heal the Bay Report Card due to high bacteria levels, resulting in beach closures. The City is working with its Beach Cities Enhanced Watershed Management Program (EWMP) partners (Cities of Redondo Beach, Manhattan Beach and Torrance) to find an acceptable infiltration project solution to ensure stormwater/runoff discharged through the Herondo Drain complies with State and local water quality requirements and improves the local Heal the Bay grade to an "A". Compliance with Santa Monica Bay Total Maximum Daily Load (TMDL) requirements must occur by July 15, 2021 or the City may be subject to fines of up to $37,000 per day by the Los Angeles Regional Water Quality Control Board. 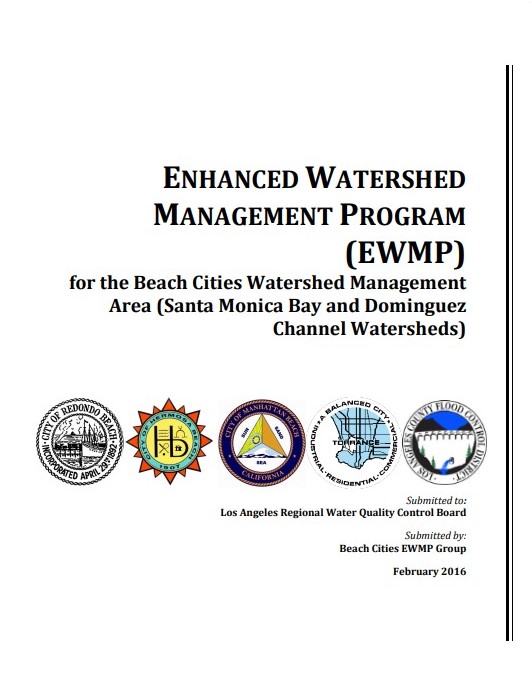 The Cities of Hermosa Beach, Manhattan Beach, Redondo Beach and Torrance, together with the Los Angeles County Flood Control District (LACFCD), collectively referred to as the Beach Cities Watershed Management Group developed an Enhanced Watershed Management Program (EWMP) for the Santa Monica Bay watershed area to comply with the permit.

The Hermosa Beach Greenbelt Infiltration Project, proposed to capture runoff at the southern border of Hermosa Beach, is the highest priority and most cost effective BMP proposed in the Beach Cities EWMP. The project would protect and improve Santa Monica Bay water quality by diverting and infiltrating storm water that contains bacteria as well as typical pollutants in urban runoff. The project cost would be split between Beach Cities EWMP agencies proportionally according to their share of runoff volume adjusted for any implemented infiltration projects:

"Before" and "After" infiltration project renderings on the Greenbelt near 2nd Street are below (includes installation of drought tolerant landscaping and replacement / installation of new trees).  After planning and design, project construction would take approximately one year to complete.

The $7,336,180 project cost was to be funded in part by a $3,099,440 State Water Resources Control Board (SWRCB) Proposition 1 storm water grant. Matching funds for the remainder of the grant would have been contributed proportionally by Beach Cities Watershed Management Group agencies as noted above.