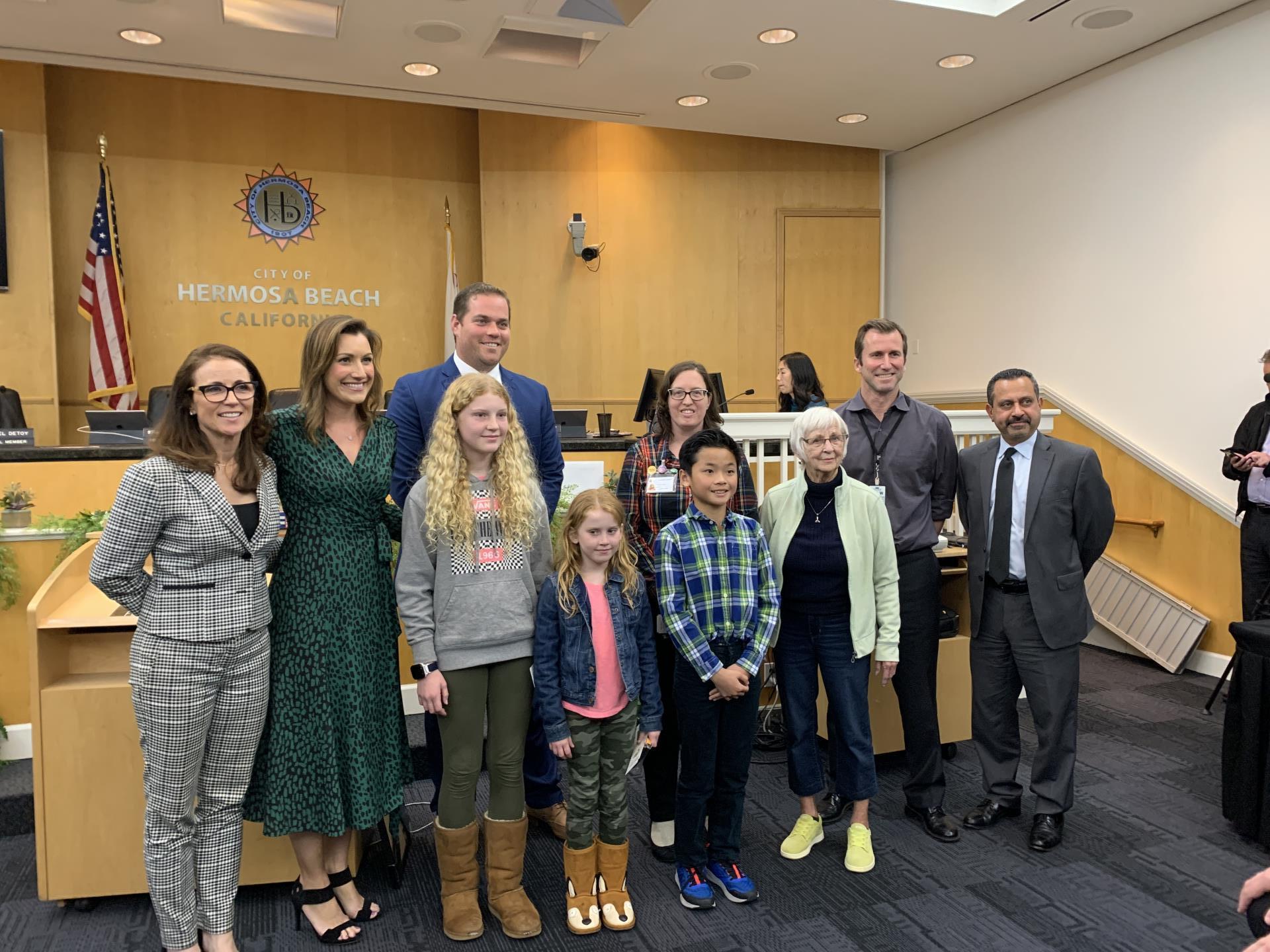 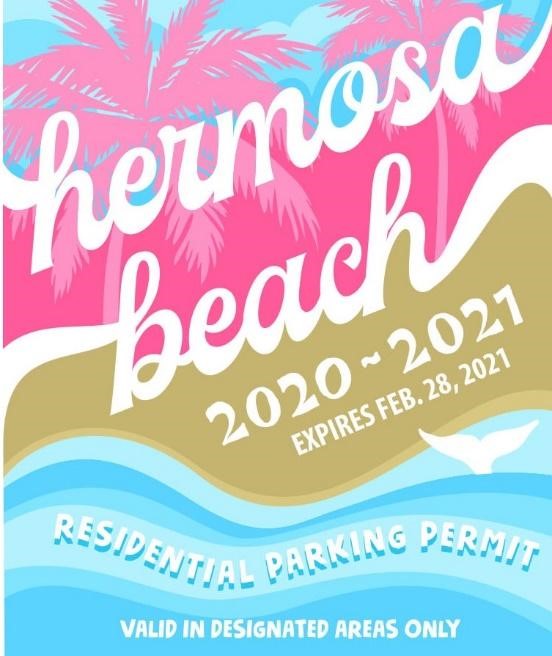 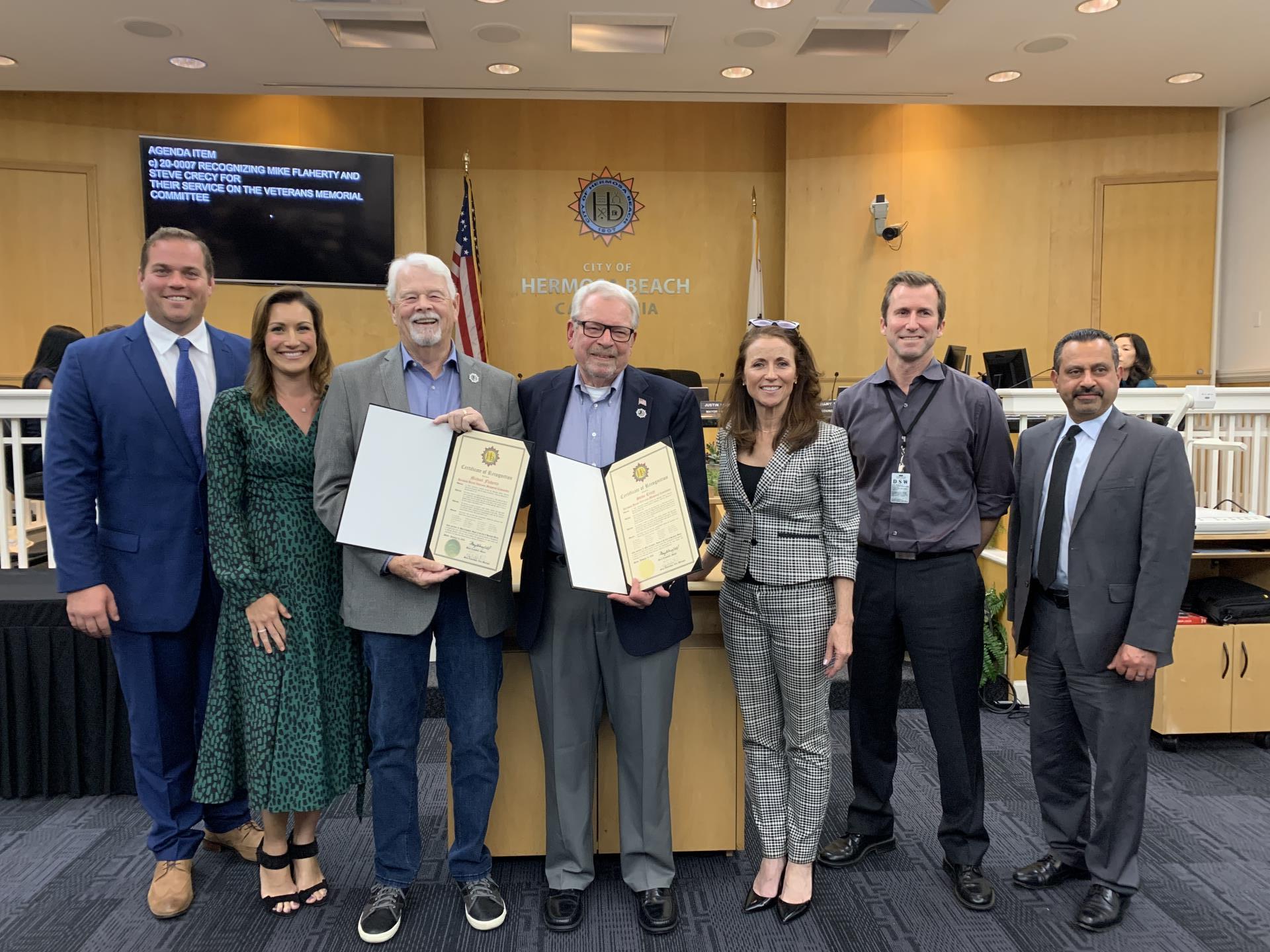 Hermosa Beach Police Officers Association Contract Negotiations – Mayor Campbell and City Manager Suja Lowenthal provided an update on the status of the City’s contract negotiations with the HBPOA and noted that the City has posted answers to frequently asked questions on its website. Council heard from 24 speakers during public participation, including current and former HBPD officers, community members, business owners and current/former staff from other law enforcement agencies.

Text Amendment 20-1, Consideration of an Amendment to Chapter 5.78 “Tobacco Retailers” of Title 5 of the Hermosa Beach Municipal Code to Prohibit Issuance of New Tobacco Retailer Licenses and the Sale of Electronic Smoking Devices and Determination that the Amendment is Categorially Exempt from the California Environmental Quality Act (CEQA) – Council continued this hearing to the January 28 regularly scheduled City Council meeting to allow staff additional time to conduct outreach to all tobacco retailers including a workshop with the retailers and notice regarding the upcoming item on the council agenda.

Approval of the Parks, Recreation and Community Resources Advisory Commission’s Recommended Special Event Long-Term Agreement policy for a Three-Year Pilot Program; And Affirm the Commission’s Review of the Policy in Two Years – Council approved the recommended three-year special event long-term agreement policy pilot program and directed the Parks, Recreation and Community Resources Advisory Commission to review and provide an update on the policy to Council in two year’s prior to entering the third and final year of the pilot program. In addition, Council directed staff to include Pets in the Park and Pumpkins in the Park as part of the agreement process.  Spyder Surf Fest, Hearts of Hermosa and AVP agreements will be managed administratively by staff. Staff will continue to work with the Best Day foundation to host their events in Hermosa Beach.

Brown Act Demands Filed by Ken Hartley and Justin Ledden Pertaining to Selection of Mayor and Mayor Pro Tempore – Council rescinded their vote taken on November 21, 2019 to appoint Councilmember Mary Campbell as the Mayor. Council accepted nominations for Mayor in which Councilmember Campbell was nominated and reappointed as the Mayor of Hermosa Beach.

The Mayor adjourned the meeting in honor of two community members with long standing history and service to the community. Ken Marks, a Vietnam Veteran passed away in November 2019 a few days before the 25th anniversary ceremony of the Veteran’s Memorial in which he was instrumental in the creation, installation and continued support of the Veterans Memorial. Maria Furzer, co-owner of Pet Mart in Hermosa Beach passed away two days ago after a long illness. She was a valued member of the community.

Questions or comments? Contact the Assistant to the City Manager Nico De Anda-Scaia
Monday through Thursday, 7AM - 6PM at (310) 318-0201 or via e-mail at:  ndeanda@hermosabeach.gov

To keep up with Hermosa Beach news and events, subscribe to our monthly e-newsletter and follow our social media channels:

Free viewers are required for some of the attached documents.
They can be downloaded by clicking on the icons below.