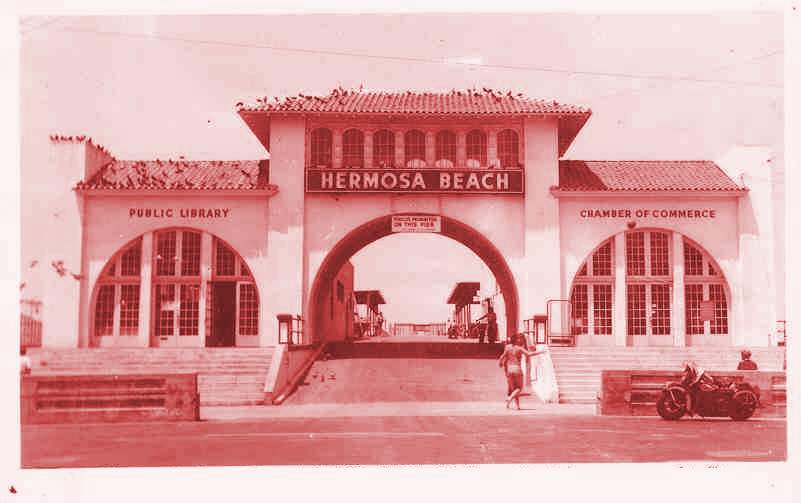 The first official survey was made in the year 1901 for the board walk on the Strand, Hermosa Avenue and Santa Fe Avenue; work on these projects commenced soon after. The boardwalk on the Strand was constructed of planks. The walk extended the entire length of the two-mile Strand. High tides sometimes washed away portions of this walkway. In 1914 part of it was replaced with cement. The remaining two thousand feet on the north end was finally completed with cement in 1926. 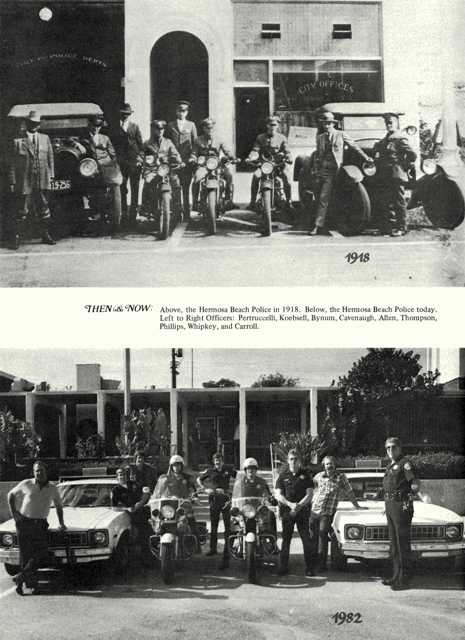 In 1904 the first pier was built. It was constructed entirely of wood even to the pilings and it extended five hundred feet out into the ocean. The pier was constructed by the Hermosa Beach Land and Water Company. In 1913 this old pier was partly washed away and later torn down and a new one built to replace it.

The first city election for city officers was held December 24, 1906. The town incorporated and its charter was obtained from the state on January 14, 1907. At this time the City acquired ownership of its two mile stretch of ocean frontage. This was included in an original deed to the City from the Hermosa Beach Land and Water Company, but did not include the two hundred and ten feet on each side of the pier. The deed stated that it was to be held in perpetuity as a beach playground, free from commerce, and for the benefit of not only the residents of Hermosa, but also for the sea lovers of Southern California. Hermosa Beach’s original ideals are still reflected along the Strand and beach with ample public space for bike riding and beach play.

For more on the City's history, visit the Hermosa Beach Historical Society at the Community Center (710 Pier Avenue) or online. 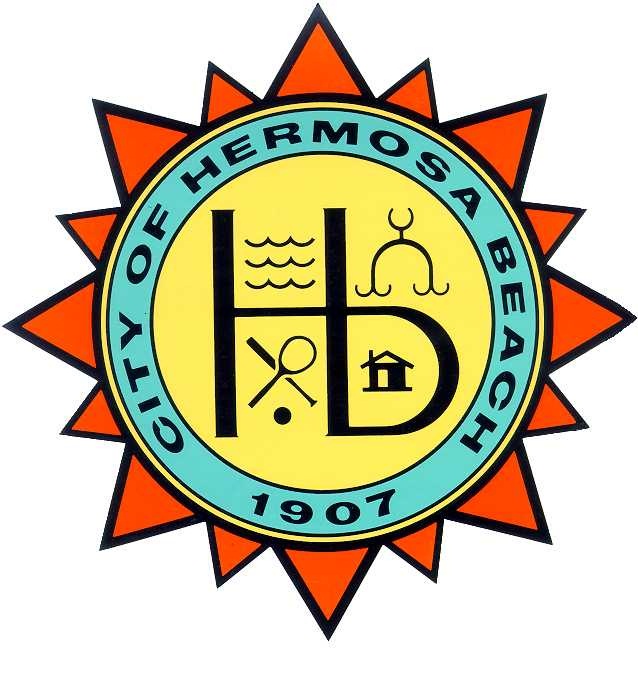 The current City seal was designed by Mr. and Mrs. John T. Hales and adopted by the City Council on May 5, 1964. The new seal was developed through a community competition in conjunction with the dedication of City Hall in 1965.

According to a Historical Society newsletter, Hales designed the seal in 1964 to "...reflect the town's year-round sunny environment, its recreational orientation and its Spanish land-grant past. The circa 1848 cattle brand depicted on the seal is that of Antonio Ignacio Avila, who held the grant to Rancho Redondo, on which Hermosa Beach now sits," states the newsletter.  A description of the elements of the seal is provided below.